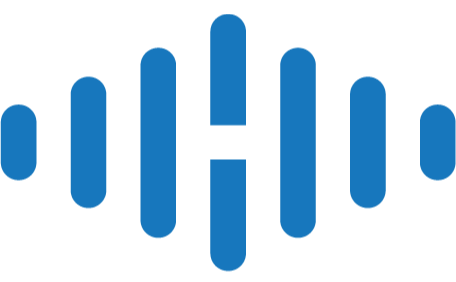 Bigger and taller mobile phone masts could be built without councils' permission across the countryside, under a proposed overhaul of planning rules in England.

It is part of government plans to speed up the roll out of 5G networks and improve mobile coverage in rural areas.

Currently masts on public land must be no more than 25m (82ft) high but ministers want to relax these rules.

5G, which uses higher frequency waves than earlier mobile networks, would allow more devices to have access to the internet at the same time and at faster speeds.

Digital Secretary Nicky Morgan, who has launched a consultation on the plans, said "slightly taller" masts would mean they could carry more equipment and "potentially stop the proliferation of other masts - or even take away some".

Asked if new masts could double in height, she said "Let's ask the question and see what it is people need."

She told BBC Radio 4's Today programme there has to be a balance struck between the landscape and better connectivity.

"This is about broader digital connectivity. So we will obviously look to the mobile companies and those installing those infrastructures to see what it is they actually need.

"And the point is there has to be a balance struck. We all want better phone signal. We all want to be able to download things much more quickly so we have to have the infrastructure there," she said.

"We have to make sure it's done in a sensitive way, it respects certain areas of outstanding natural beauty."

On the possible involvement of Chinese firm Huawei in any rollout, she said: "I would hope that we can do something by the autumn," adding that it has to be a decision "for the long term, making sure that we keep all our networks secure".

The reaction to the government's plans has been mixed. Some fear the masts will be another blot on the landscape. For others - in areas of poor coverage - they cannot come soon enough.

Brian Denham, a retired engineer in the Devon town of Colyton, said he has no mobile coverage in his house and only unreliable coverage outside.

It has made banking difficult for him as his bank insists he will soon need to get identity verification codes sent to his phone in order to access his account, meaning he will have to go outside to do any banking.

"Anything the networks can do to increase coverage is good in my book," he said. "I don't think a tall mast is particularly unsightly, but then again I am an engineer."

Why do we need taller masts?

There are several benefits to having a taller mast in a rural setting.

Firstly, it can help provide a clearer signal to users' phones.

Trees and other tall vegetation can act as "clutter" that weakens the signals, so ideally you want your mast to be raised above them to have more chance of achieving direct line of sight and, as a result, potentially faster data speeds.

Secondly, taller towers can provide coverage to a greater area. That means you might need to build fewer masts, saving on cost.

Thirdly, using taller structures can help make it possible to achieve a link back to one of the telecoms provider's exchanges.

In most cases, masts and their base stations are connected to the network via fibre-optic cables - the same kind of technology used to deliver fixed broadband.

But sometimes, particularly in the countryside, it can make more sense to turn to a wireless alternative: microwave links.

These transmit data back to an exchange or to an intermediary mast through the air rather than via a physical link.

However, one limitation of this technology is that it only works if both the microwave dishes involved have perfect line of sight to each other.

And if the terrain in between features hills, trees, buildings or other obstructions, then one way around this is to use a tall mast that towers above them.

Elisabeth Ek, who lives in a 1930s block in Barnes High Street, takes a different view. She fears the growing number of masts on their roof is an eyesore in the south-west London village.

"We are not stupid," she said. "We understand the national interest but we feel helpless and steamrolled by the phone companies."

Mobile coverage 'better in the Serengeti'

Elizabeth Sim gets hardly any mobile service in the small village of Elsworth just outside Cambridge, where she is parish clerk.

She finds the internet "just disappears" every morning when lots of people try to log on and says she receives her texts "in bulk" whenever she goes into Cambridge.

In her village, they have fought to keep their BT telephone box - the only landline in the village available to the public in the event of a road accident.

It is now emergency calls only - and there is a further threat of closure as it is "not making any money".

She says the people of Elsworth would love to be considered in the same way as city dwellers for mobile services.

"I was in Tanzania in the middle of the Serengeti recently visiting my son. I had brilliant mobile coverage," she says.

This country, she adds, is "cringingly behind the drag curve with this, but then it is with so much other stuff too".

The consultation comes as the government launches a competition which will see up to 10 rural locations awarded a share of a £30 million fund to run trials of 5G-related technology.

The government said it hoped the scheme, called the Rural Connected Communities competition, could help stimulate investment in 5G and help countryside communities take advantage of the technology.

Similar schemes have already been set up in Orkney to remotely monitor salmon fisheries and improve the efficiency of wind farms. In Shropshire, 5G trials have been used to help the farming industry with targeted crop-spraying and soil analysis with drones and tractors.

The new funding is expected to build on projects like these and trial other uses of 5G in rural communities to help businesses and encourage innovation.

"This funding falls far short of the ambitious roll-out we need to boost our digital infrastructure nationwide.

"5G and full fibre will be the basis of the innovative, green technologies that will underpin our future economy, but the UK's digital infrastructure is lagging embarrassingly behind", he said.

Hamish MacLeod, director of the trade association, said: "We welcome the government looking at simplifying planning processes to deliver better connectivity, and we stand ready to work in partnership to ensure these much needed reforms happen as quickly as possible."

An EE spokesman welcomed the consultation, saying the company shared the government's ambition to provide better coverage in rural areas, prioritising those that have no coverage at all.

Existing spectrum bands are becoming congested, leading to breakdowns - particularly when many people in one area are trying to access services at the same time.

Current 4G mobile networks can offer speeds of about 45mbps (megabits per second) on average. Experts say 5G - which is starting to be introduced in the UK this year - could achieve browsing and downloads up to 20 times faster. 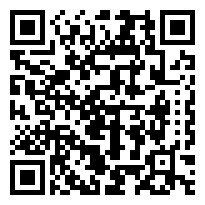